I’m sorry, I don’t mean to shout, but I can’t help it… International Bacon Day is coming up!! I’m excited. Are you excited? You should be excited! It comes but once a year, folks. Like Christmas. Or Super Bowl Sunday. Or Thanksgiving. Only this holiday is ALL ABOUT THE BACON. One day a year to truly celebrate your love for bacon. Think of all the turkey you eat on Thanksgiving–and you don’t even really like turkey!

But you love bacon, and you need to do right by bacon on bacon’s special day. Don’t hold back on bacon’s holiday. Break out of your usual bacon routine. Give everything you can to bacon on this day of all days, and make bacon proud. Fryin’ up some store-bought bacon and eating it with your eggs isn’t gonna cut it. Not this time. Not on Bacon’s Day!

If you’re wondering how you can do right by bacon, I’ll tell you how. I’ll give you 10 glorious ways to indulge your bacon love and spread the bacon joy this International Bacon Day!

t hard to make your own bacon. Really, it’s not. Imagine being able to determine exactly how your bacon tastes, and exactly how thick each slice is. It all starts with an uncured slab of bacon. You can get one at your grocery store or from your local butcher. He or she will probably be so happy that you’re asking for a slab of bacon, they’ll probably strike up a conversation with you about it and offer their advice on how to cure it. Or you can read this previous post about how to cure bacon.

9. Eat Bacon With Every Meal

Breakfast, lunch, dinner and snacks. Start off the morning by cookin’ up a pound (or 2 or 3 or 7) of bacon and add it to your meals throughout the day. Bacon and eggs for breakfast. A BBBBBLT for lunch. Candied bacon for a snack and some bacon-wrapped filet for dinner. See how easy it is? Want someone else to cook for you on Bacon Day? Use the new Wordmap on Yelp to find the bacon in your neighborhood!

8. Join a Bacon of the Month Club

Is there anything better than getting bacon delivered to you every month? There’s really nothing better that I can think of. Unless magical bacon elves could also show up at your door and cook the bacon for you… Get your hooves on a Bacon of the Month Club!

Did you know ther 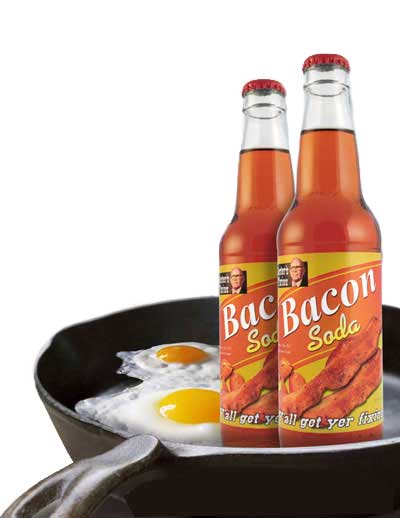 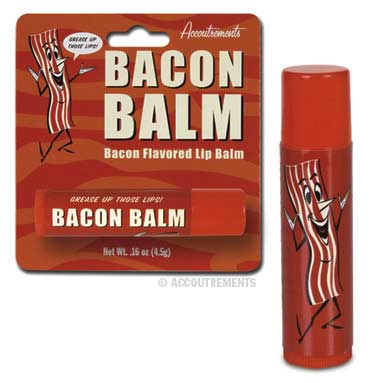 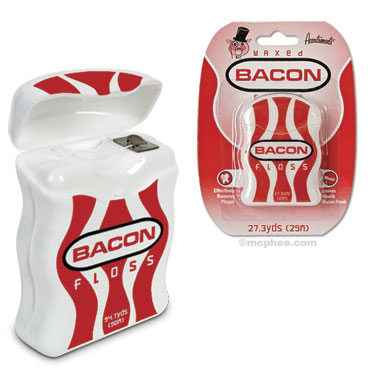 If you’re a bacon fan and a cocktail drinker, you’ve gotta try making bacon-infused bourbon. Read our previous post on the process here. Not a bourbon fan? Just use your favorite type of alcohol and create your own bacon cocktail concoctions. 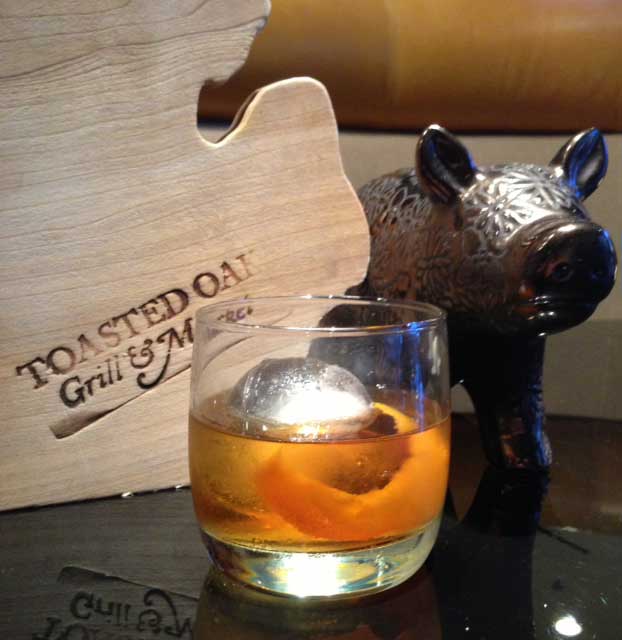 5. Cook a Recipe from “Bacon Nation”

Are all of your bacon ideas dried up in the recipe department? Order a copy of “Bacon Nation” and find 125 new bacony good recipes to inspire you in the kitchen! Like Bacon Peanut Toffee, or Bacon Swizzle Sticks. 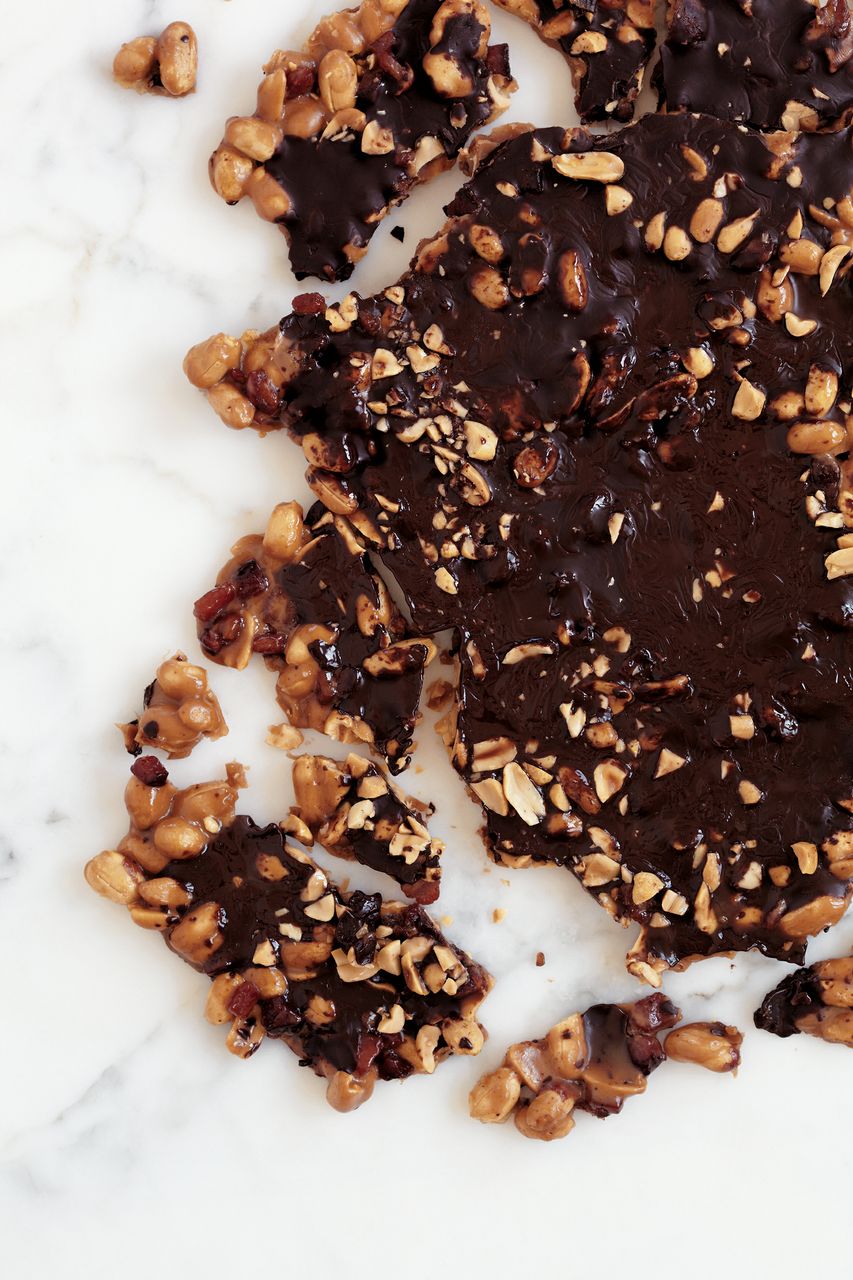 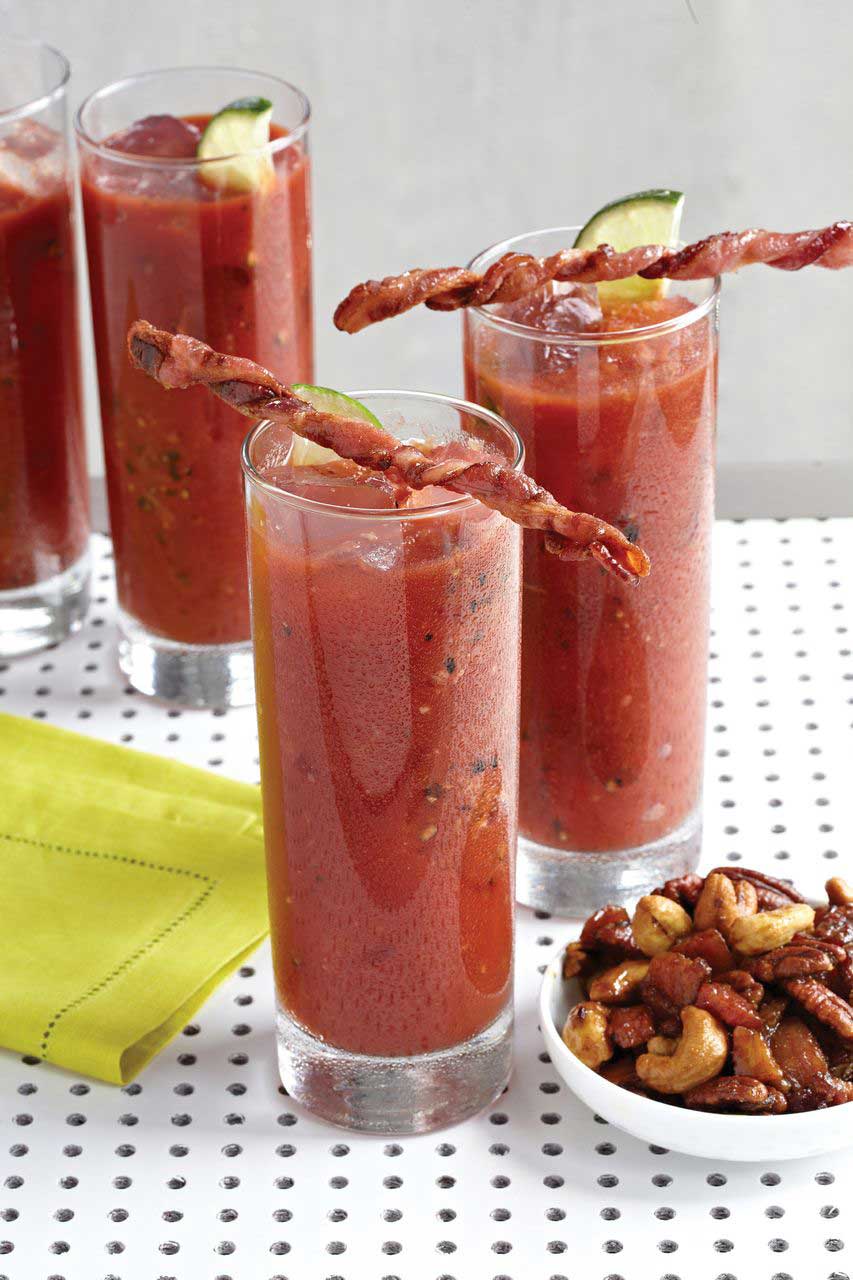 If you’ve never tried a bacon dessert, what are you waiting for? If you think that bacon and sweets don’t go together, don’t knock it until you’ve tried it. Because savory salty bacon just l 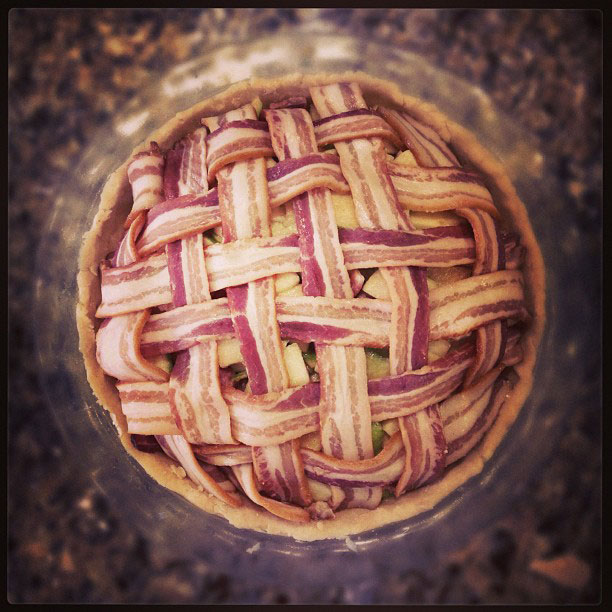 oves some sweet sugar accompaniment. For those who love dark chocolate and nuts in their dessert, try our Bacon Almond Fudge recipe. Need a gluten-free recipe? Try our Peanut Butter & Bacon Cookies! Or go All-American with our Bacon Weave Apple Pie. Or try Maple Bacon Caramels. 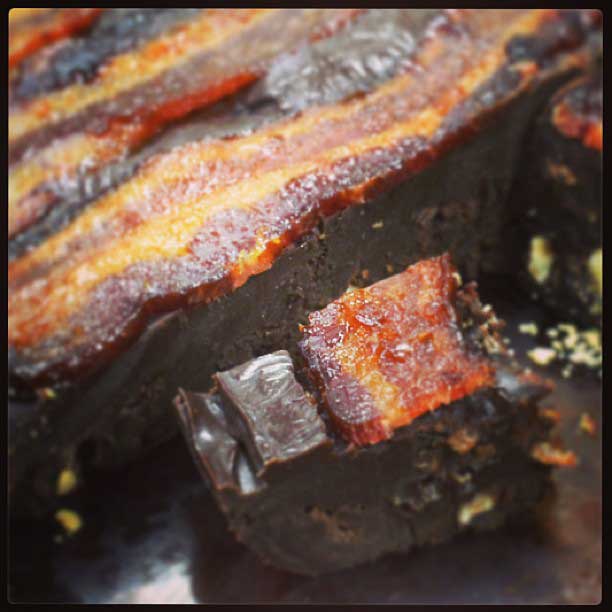 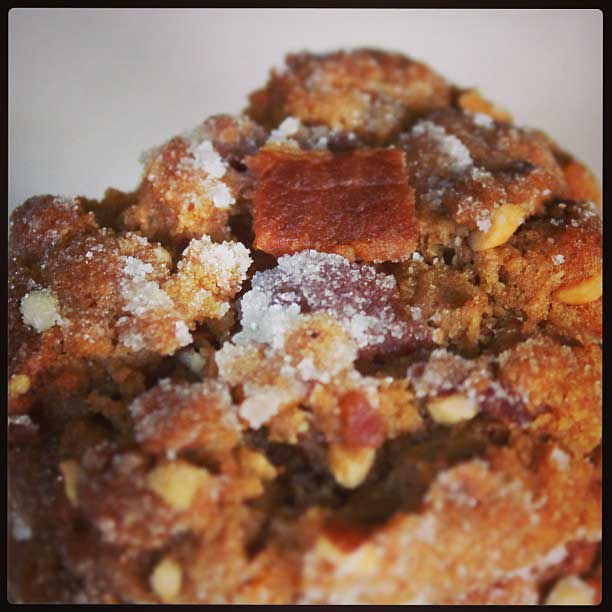 When the theme is Bacon, there’s no limit to the types of parties that you can throw. Have a bacon tasting party! Buy several different types of bacon, cook them up, and sample all the differ 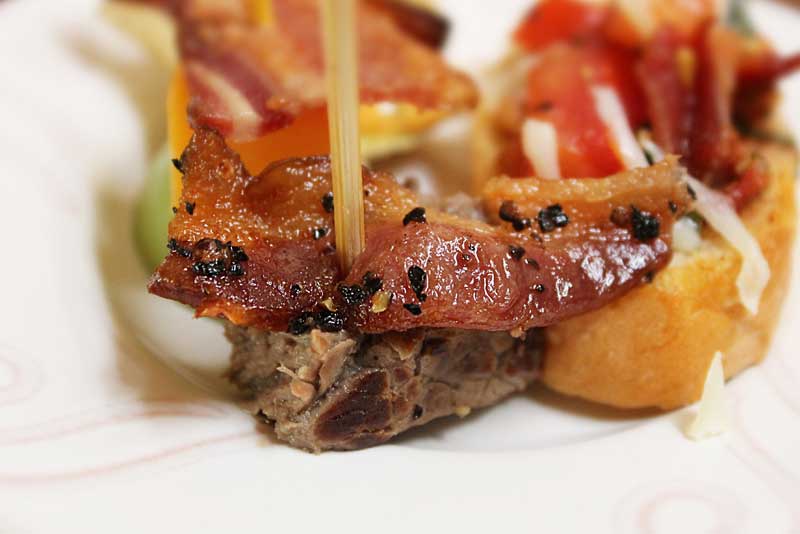 ent flavors of bacon. Pair each one with a specific dish or appetizer. Or pair bacon and wine. Or bacon and beer! Or bacon and cocktails, utilizing some of that bacon infused-booze you created in #6 (see above). Here are some appetizers we made at our last Tasting Party. 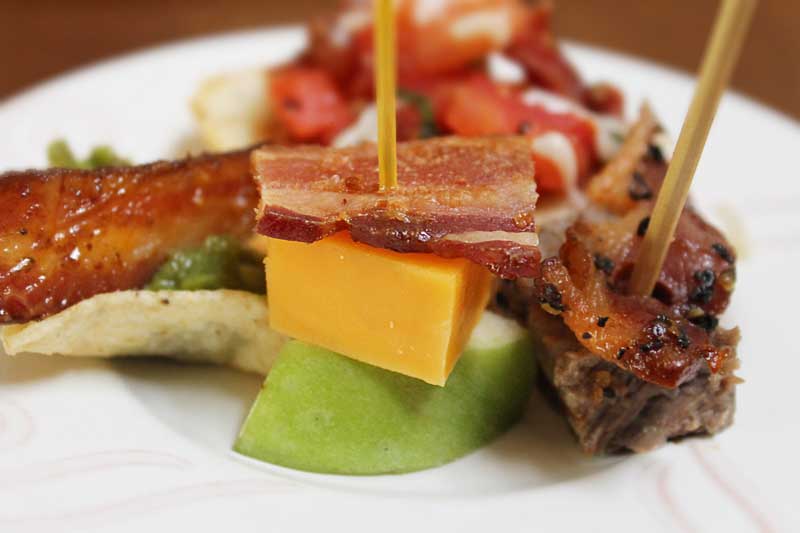 2. Create Your Own Bacon Recipe

What’s your second favorite food? You know, the one that comes right after bacon? Okay, whatever that food is, imagine how much better it would be with your first favorite food. If you answered “chocolate,” make some chocolate covered bacon. If you said “cheese,” make some cheesy bacon bombs. If you said PB&J, make a PBB&J. Heck, make a PBBBBBB&J! On Bacon’s holiday, it’s okay to go crazy! Here are a couple of favorite recent recipes from other blogs to help inspire you. 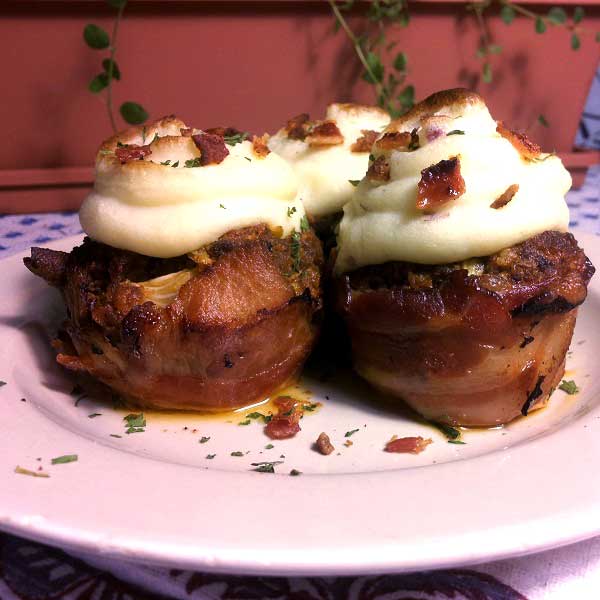 We want to hear how YOU will be celebrating International Bacon Day this year. Leave your ideas and photos in the comments section.

This post authored by Boss Hog from Bacon Today